At the exhibition confined to the meeting, Rustam Minnikhanov and Nikolay Nikiforov got acquainted with the latest developments in IT. During the exhibition, Infomatika company together with MUE "Metroelektrotrans" presented a new project "Payment control in the metro 2.0" to the President of the Republic of Tatarstan, which includes the complex equipment of the "Dubravnaya" station with the newest system for transportation payment control, as well as  modernization of ten existing stations of Kazan metro. The project provides for the expansion of metro payment services using up-to-date banking technologies and options of the state service portal of the Republic of Tatarstan.

The "Dubravnaya" station will be equipped with state-of-the-art powered turnstiles specially developed by Infomatika. Turnstiles have unique ergonomic design with built-in display and mnemonic passage indication, and are equipped with multipurpose readers supporting contactless payments technologies MIR/VISA/MasterCard. Similar readers will be installed on the turnstiles of ten existing metro stations as part of the modernization. Thus, it will be possible to pay for the passage by metro directly at the turnstile, attaching the bank card to the reader. The information about the travel cost and the balance of the transport card will also be displayed on the turnstile.

In addition, new terminals for replenishment of transport cards and sales of tokens will be installed at the station. It will be possible to pay for a token or replenish the transport card both by cash and using the bank card.

New metro transportation payment control system will be integrated with the "Electronic Tatarstan" services, which will allow the residents of the Republic to replenish smart cards "Metroelektrotrans", "Transportnaya karta" and "Social card" on the state service portal, in the infomat network, using the mobile application "Uslugi RT." 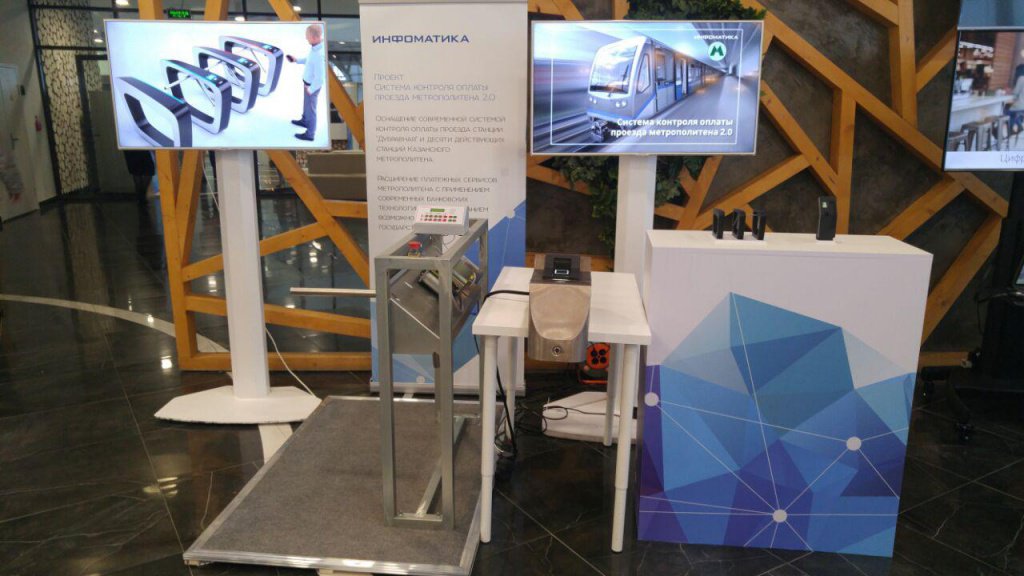 TSACS LENTA-Museum assists in control of visitors of the "City Panorama" exhibition complex.

A modern exhibition and entertainment complex "City Panorama" was opened in Kazan shortly before 2017 in the city center at 7, Dzerzhinskiy Str.

Honorary award from the President of the Republic of Tatarstan.

The Republican IT sphere specialists awarding ceremony was carried out in Innopolis within the panel Ministry of Communications and Informatization of the RT.