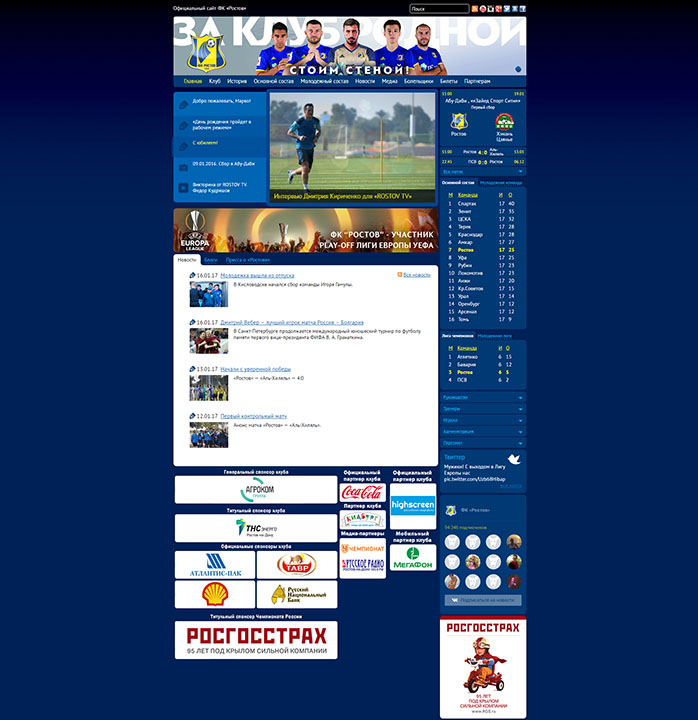 The club was founded in May, 1930. For over 80 years, the team has been participating in the championships and cups of the USSR, the RSFSR and Russia. It took part in the RFPL Cup and appeared in the Intertoto Cup twice: having advanced to the semifinals in 1999, it lost to Juventus Turin. In 2014, the club made its highest achievement on the Russian arena to win the Cup of Russia and took part in a play-off qualifying round of the Europa League. Today, Rostov is a joint stock company whosw majority stockholder is the administration of Rostov Region.

Providing the club with an efficient and user-friendly tool to work with both individual ticket sales and bookings, quotas, and group reservations. Using the ticketing system to work with a previously installed spectator access control system.