Delivery of the software of AMS "LENTA" for the ticket office and the online store, ticketing operator. 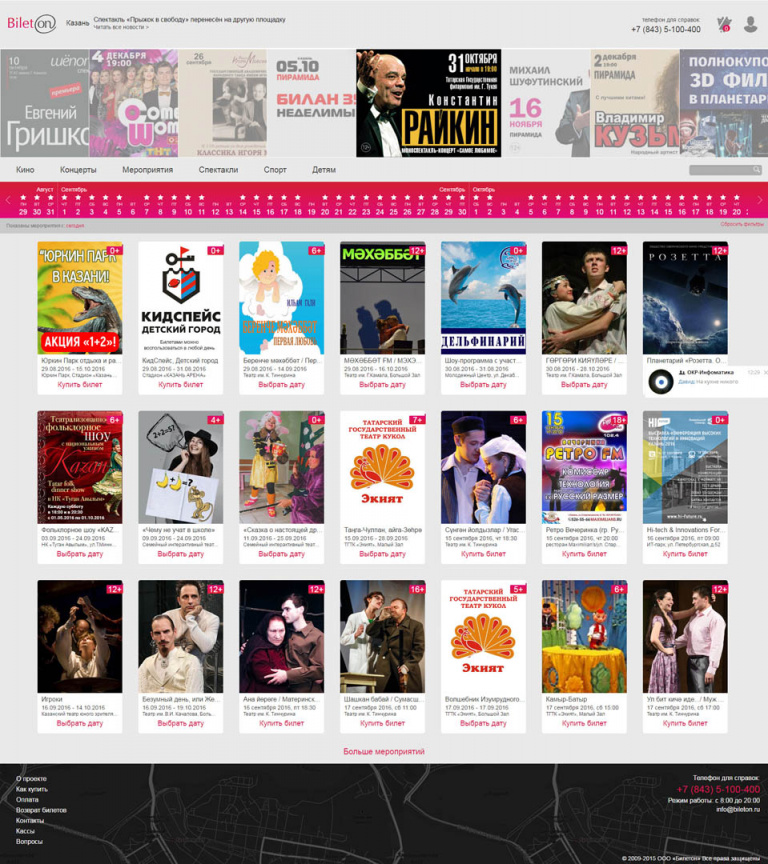 Network Bileton is an official partner of football club "Rubin" in terms of sales of tickets for matches of the Russian Football Premier League and European competitions (Champions League and League of Europe of UEFA) as well as season tickets to games of the Premier League.

At the moment the system Bileton” works, apart from Kazan, Yoshkar-Ola, Cheboksary, and Arzamas and 10 more cities of Russia.

Organization of complex distributed scheme of sale of tickets.Gaining the ability to sell event tickets through various sales channels (offices, Internet shop, terminal, mobile application, etc.) without the use of a quota mechanism.