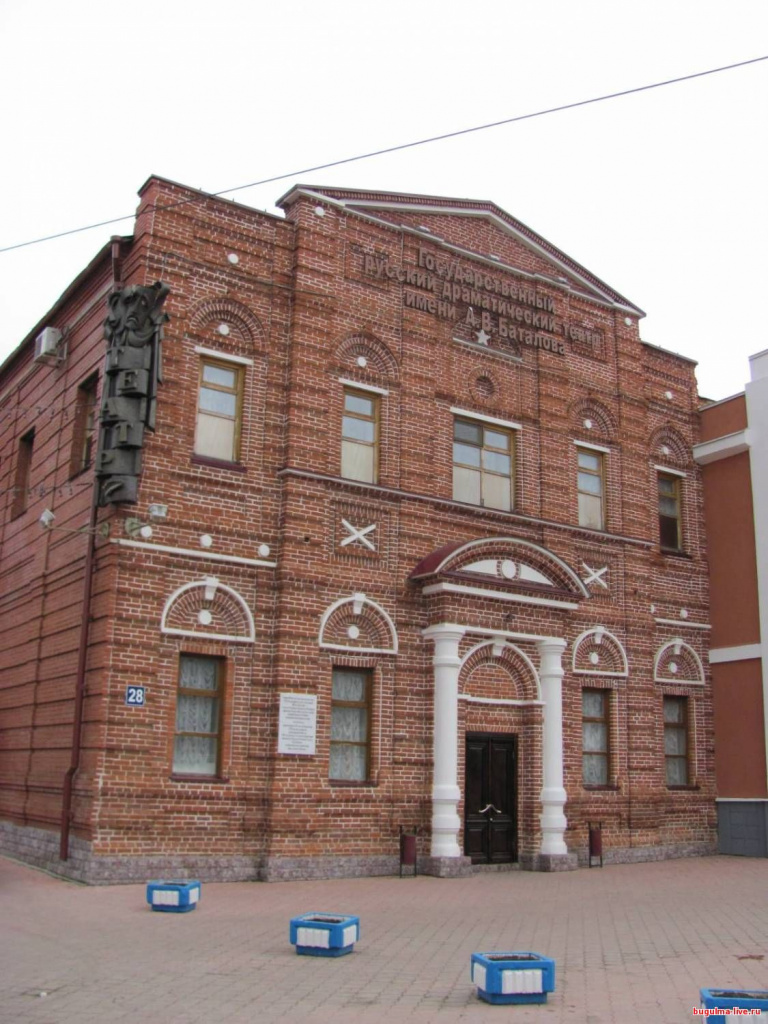 In 1897, the Bugulma district Committee purchased a land parcel to build a community hall with a 350 seats theater hall.

In January-March 1899, the Committee applied to the Theater Commission for the arrangement of a municipal theatrical teahouse. In 1904, the Board of Trustees allowed the music and drama amateur circle to stage at least 12 plays during a year.

The circle was provided free of charge with an orchestra playing during intermissions. In 1908, 21 plays were staged, in addition to musical and literary evenings. In the 1920s, Bugulma had an amateur Blue Blouse team company.In 1936, this evolved to a professional national theatre. During the Great Patriotic War the theatre was headed by N.Olshevskaya, a student of K.S. Stanislavsky. She was evacuated to Bugulma with her son, A.V. Batalov; here he started as an actor, and in 2008 the theater was named after him.