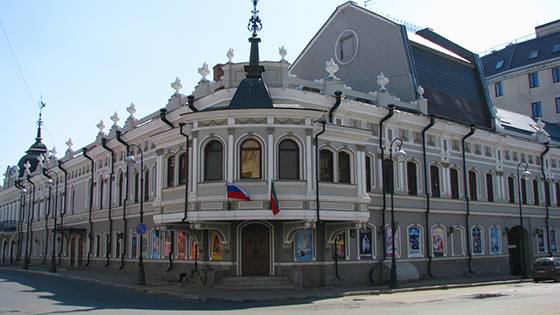 The Kazan Theater of Young Spectators has been keeping the creative traditions and fostering spirituality in the younger generation for over 82 years. The theater’s birthday is considered to be November 30, 1932, when its first play "Age-mates" was premiered.

This is one of the first theaters in the Republic of Tatarstan to receive the Golden Mask highest theater award in the nomination "Best Play of the Year" (1996, the play "The Tempest" based on the play by V. Shakespeare, directed by B. Zeitlin).

The theater’s repertoire is focuses on the best of Russian and foreign classics, popular works of modern drama.