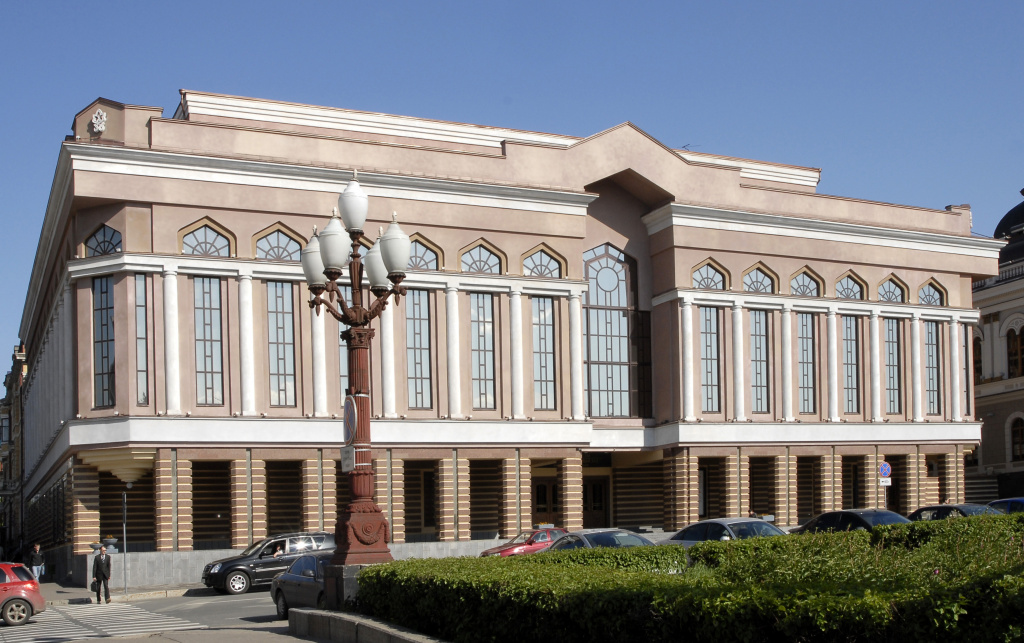 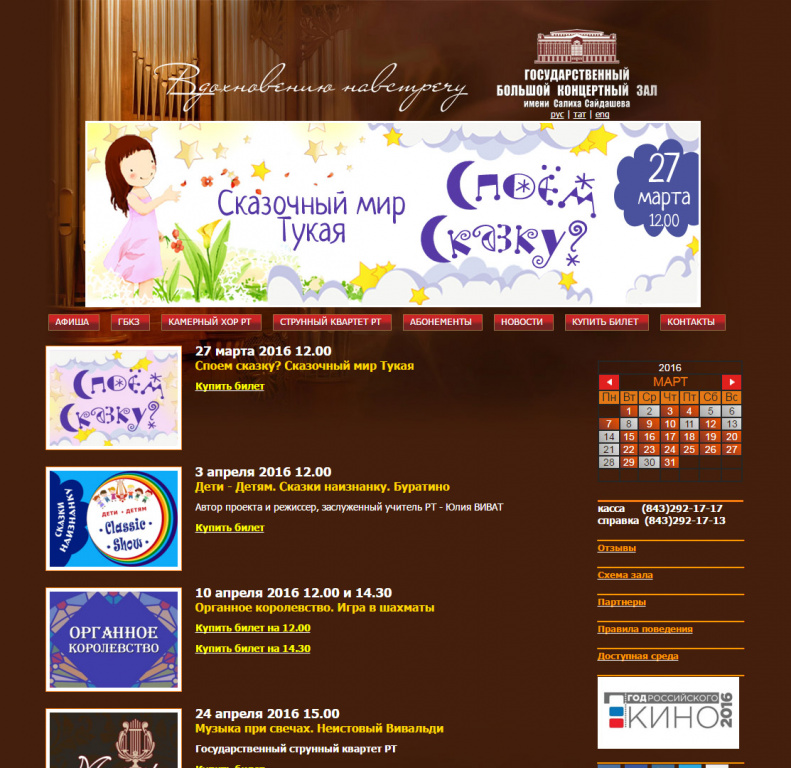 The State Great Concert Hall was founded in 1996 and in 2000, the hall was named after the composer, the founder of the Tatar professional music Salikh Saydashev. In 1996, the building’s façade was renovated, the interior was magnificently redecorated and reequipped up to the state of the art to meet the highest acoustic standards designed by Acoustic Dimensions, England.

In 2000, the authors of the reconstruction were awarded the State prize of the Russian Federation. The concert complex consists of a large concert hall with a capacity of 700 seats with 4 boxes, a 70 seats chamber hall, a rehearsal room, a choral room, a band-room, individual acoustic rooms. The Saydashev Hall is not only the main concert stage of the capital of Tatarstan, it is also one of the leading centers of musical life of Kazan.