Setting of the ticket system LENTA allowed the whole weight of the ticket to sale via all possible sales channels online without the use of a quota mechanism: KSK "Ice Palace" Vityaz" cashes, own online store, ticket operators websites.

The implemented system provides club with effective and convenient tools to work with individual sales of tickets and season tickets, as well as with bookings, quotas and group applicatons.

Hockey club "Vityaz" (Moscow region) is a professional ice hockey club acting in the Continental Hockey League. The club is based in the city of Podolsk, Moscow region. It was founded in 1996. 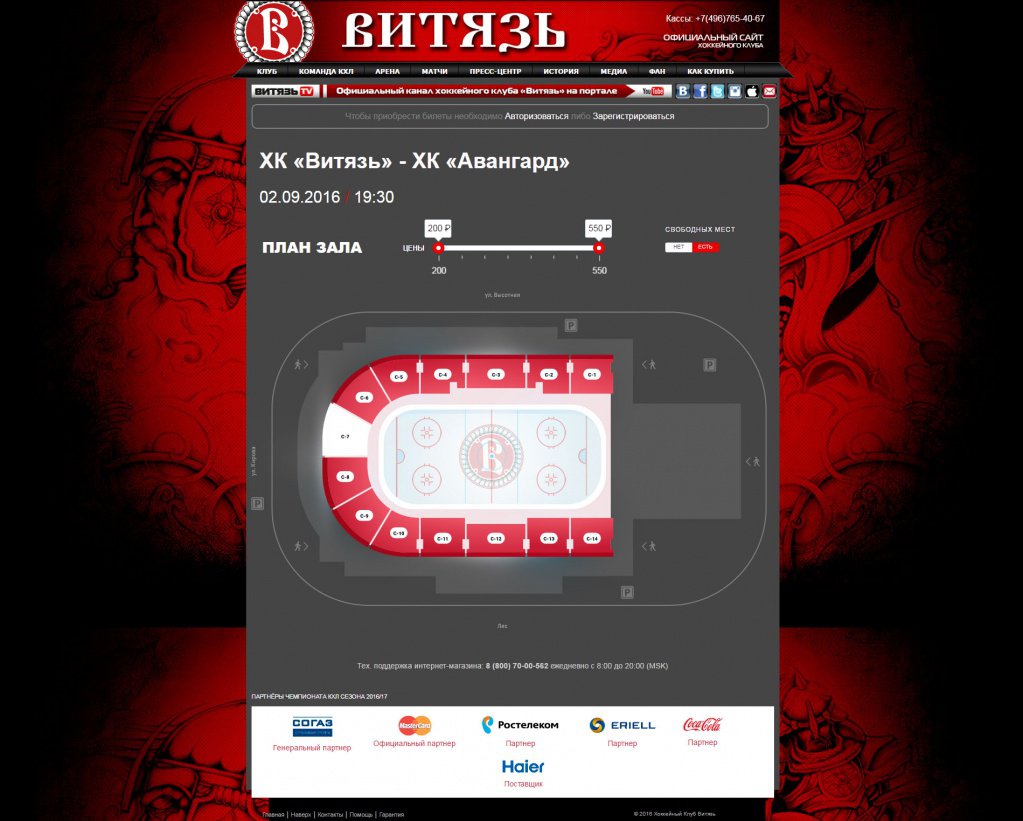 "Campus card" project is launched in the Lomonosov MSU.

On August 30, 2016, the Sberbank, the Lomonosov MSU, the Government and MasterCard have presented the first multipurpose campus card in Russia.The implementation partner was the Infomatika Company.

Galiaskar Kamal Academic Theatre among the first theatres in Kazan opened the sale of electronic tickets on your account on a social network "Vkontakte". Now tickets can be purchased not only at the box office or at the website of the theatre but also on the popular social media site.